Equilibrium Circus has been the

"PAZ is to showmanship what Sydney Crosby is to the National Hockey League."
- Ron MacLean. Host of Hockey Night in Canada, Rogers Hometown Hockey, and Coaches Corner

". . . incredible acts of strength, flexibility, danger, and a very good sense of humour." 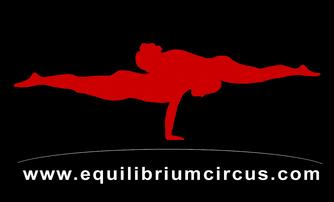 “It’s so refreshing to come across a group like The Silver Starlets who are clearly dedicated to creating quality, creative and intelligent entertainment for audiences of any age.”
-Neal Rempel, Producer, Winnipeg KidsFest

Our performers have been seen at:

"Paz and Molly . . . wereelectrifying, creating a gestalt of strength and grace that had our audiences first spellbound, then erupting out of their seats."​